Tongue tie division can be performed by our paediatric ENT surgeon supported by one of our paediatric nurses. If your child is less than 3 months of age this can usually be carried out safely in our paediatric clinics. Tongue-tie assessment and division surgery can be arranged for a total fee of £250.

We are pleased to offer the treatment at our outpatient clinics in Dorking, Surrey and Wimbledon, London, making us ideally placed to provide expert treatment to children living in Croydon, Leatherhead, Kingston-upon-Thames, Tonbridge, Maidstone, North and South Kensington, Hammersmith, Twickenham, Camden Town, Wandsworth, and all nearby areas.

Tongue-tie (ankyloglossia) is a common problem involving a band of skin between the underside of the tongue and the floor of the mouth. If this band of skin is very tight it can restrict the movement of a baby’s tongue making breastfeeding difficult.

Private tongue tie division surgery can be offered in babies who are having difficulty breastfeeding. This may have effects on the baby such as poor weight gain and unsettled feeding or for the mother with problems such as painful nipples and mastitis (infection or swelling of the nipples and breast). Before booking for a tongue-tie division it is important that feeding has been observed by a healthcare professional such as a midwife to ensure that there are no other causes.

Division of a baby’s tongue-tie can be carried out in the outpatient clinic in just a few minutes. A local anaesthetic is not usually needed as it can delay feeding immediately after the procedure. There are no nerve fibres in the tongue-tie, so it is not thought to be a painful procedure.

Your baby will be wrapped up and held in place by the nurse. The surgeon will separate the tongue-tie using a sterile pair of scissors. We encourage breastfeeding immediately after as this reduces bleeding after the procedure. It’s important to try and avoid feeding your baby for 2 hours before the procedure as we want you to feed immediately after.

Sometimes a little bleeding occurs after but this usually settles within about 5 minutes. Uncommonly babies can get an infection at the site of the procedure. The main risk of the procedure is a recurrence of the tongue tie over time.

Tongue tie surgery – what to expect after

It’s common to see a little white or yellow spot beneath the tongue for a day or two which disappears on its own. If you notice that your baby has a temperature, is excessively dribbling, or has poor feeding after the procedure, it could be signs of an infection and you should seek medical advice.

For some babies, breastfeeding improves very quickly after tongue-tie release. For others, it can take several feeds before an improvement is seen. Unfortunately, some babies who undergo a tongue-tie division may not have any improvement. It’s important to get further advice from your local breastfeeding support groups or from the person who referred you. We don’t routinely arrange another appointment, but you can contact us if you have any concerns.

We have clinics based in Dorking, Surrey and Cheam, London, meaning we are ideally placed to provide treatment and investigations for faamilies living in Croydon, Leatherhead, Kingston-upon-Thames, Tonbridge, Maidstone, North and South Kensington, Hammersmith, Twickenham, Camden Town, Wandsworth, and all nearby areas. 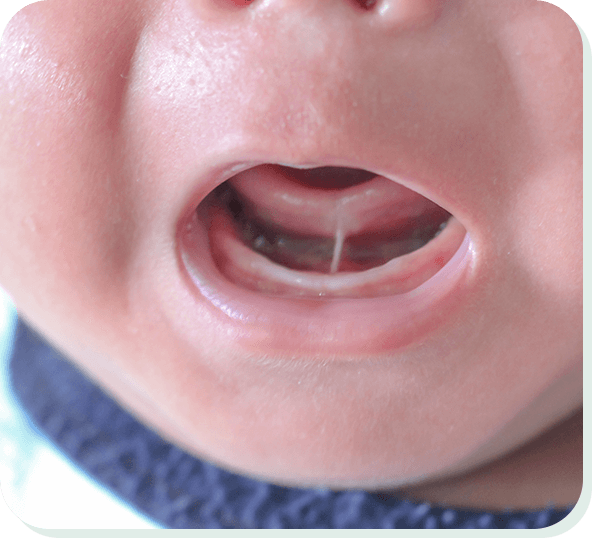