At Paediatric Diagnostics, we offer investigation and treatment for children suffering with glue ear from birth up to 16 years of age.

Our expert team of Consultants and Specialist Nurses are highly experienced in providing treatment for glue ear in children.

We are pleased to offer treatment to children and young people at our outpatient clinics in Dorking, Surrey and Wimbledon, London, making us ideally placed to provide expert treatment to children living in Croydon, Leatherhead, Kingston-upon-Thames, Tonbridge, Maidstone, North and South Kensington, Hammersmith, Twickenham, Camden Town, Wandsworth, and all nearby areas.

Please click on the links below to learn more:

Glue Ear in Children - The Facts

Glue Ear in Children - The Facts

Glue ear – also known as ‘Otitis Media with Effusion (OME)’ – occurs when fluid has built-up inside the middle ear, preventing the ear drum from moving freely. This leads to sound no longer being able to pass through the ear as efficiently as it should, resulting in the loss of hearing in one or both ears.

The condition affects around 7 in 10 children before the age of 7 and can have an impact on the child’s speech development, their behaviour, and, as a result, their educational development. For most children, glue ear improves on its own within three months and the child’s hearing improves as fluid drains from their ears.

Colds and flu, allergies and passive smoking can all play a part in someone suffering from glue ear. Children with cleft lip and palate, or with genetic conditions such as Down’s syndrome, may be more susceptible. Many children suffer from the condition when they have a heavy cold but, positively, the symptoms of will clear up naturally once the cold has gone.

How is glue ear treated?

If a child is found to have the condition, they should have a hearing test to establish the level of hearing problems. If the condition is confirmed alongside hearing loss, it is a good idea to try the Otovent balloon®. This simple device can be bought online and uses a balloon that the child blows up with their nose. Doing this regularly has been shown to help some children with glue ear get better.

If the condition does not get better after three months and another hearing test continues to show hearing loss, then the child will usually be offered grommet surgery or, in some cases, a hearing aid.

Grommets are small plastic tubes inserted into the eardrum, which allow air to enter the middle ear to replace the fluid. This type of surgery is one of the most common types of surgery performed in children and is performed as a day-case procedure. Sometimes it is performed at the same time as removing the adenoids as this has been shown to be more effective when treating persistent glue ear.

Grommets normally last 6 to 18 months and fall out on their own without the need to remove them. Once the grommets have fallen out, the majority of children will have normal hearing, but the procedure can be repeated if children have on-going problems.

When to seek medical advice:

If your child has been suffering from paediatric glue ear for more than three months, or if you are concerned about an impact on your child’s speech or that it may be causing problems
with their education, you should see an expert for further treatment and advice.

Please feel free to contact us regarding the treatment for glue ear in children available at Paediatric Diagnostics, and we will be happy to see your child at the earliest opportunity.

We have clinics based in Dorking, Surrey and Wimbledon, London, meaning we are ideally placed to provide treatment for children living in Croydon, Leatherhead, Kingston-upon-Thames, Tonbridge, Maidstone, North and South Kensington, Hammersmith, Twickenham, Camden Town, Wandsworth, and all nearby areas.

Our Medical Consultants and Surgeons are registered with the GMC (General Medical Council) and are regulated by the Care Quality Commission (CQC). The CQC is an independent regulator for health and social care in England. 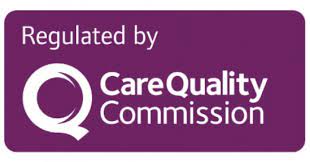 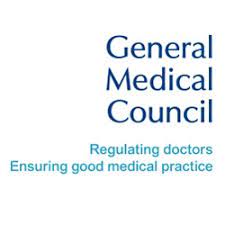